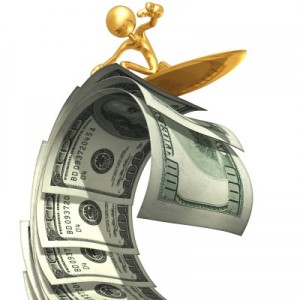 A while back (March 2008) I wrote an article for Game Developer Magazine on what was coming up in gaming.

Most of these predictions came true, but that is not remarkable considering that we were only looking a couple years ahead.  What I find more interesting is that things have not moved faster.  After all the vacuum isn’t going anywhere.

Catching the Next Wave.

If we take a look at the Petri-dish we call the Internet we notice something, it evolves pretty quickly.  What was the killer application last month is old news the day the next start-up launches. The companies that grow either have something intrinsically valuable, or can evolve faster than their peers. We are learning that the only true constant is ever accelerating change.

Of course this isn’t just happening in the Internet, it’s bleeding into all facets of technology and content.   While we may have previously measured it in the hardcore game industry in rendered triangles and frames per second we now measure it in development time, content footprint and ever increasing budgets.  In an industry that has always been constrained by hardware we now can’t keep up with the event horizon that is consumer expectation driven by Moore’s law.

In many ways the high profile segment of the game industry has close parallels in video.  Blockbusters are high risk endeavors where risk is mitigated with large marketing budgets, sequels and emulating past success.  At the beginning of the silent film era, production costs were dictated by technology rather than content and as technology, expectations and completion increased so did the costs of content.

Each of these segments is experiencing exceptional annual growth in the range of 15-40% annually with revenue from games already set to eclipse movie box-office.  In contrast Movies, DVD and Television are stagnant or declining slightly across the board.  The consistent growth of the game industry exemplifies a shift in the entertainment consuming habits of the world away from non-interactive broadcast content to engaging interactive and social experiences.

Unlike some of my colleagues, I do not believe that big budget or console gaming is a dinosaur waiting to become extinct. The 39% growth in 2007 for console games should cement the fact that the industry is booming.  As the number of next gen handhelds and consoles multiply, so do game sales and the market is nowhere near saturation.

On the other hand, what I do find interesting is that almost 30% of Internet users worldwide play Internet games (casual and MMO) with revenues exceeding $3 billion.  That market can be expected to double in the next 4 years producing a global market of around 500 million Internet game players.

While this in no way is detrimental to consoles, it does illustrate the continued shift and adoption of the Internet as the new multimedia operating system.  The Internet already represents over 25% of total media consumption with growth rates accelerating this last year.  In addition, online ad spending is expected to increase at an annual rate of 20% over the next 4 years.

Here’s the fun part.  When we look for radical changes that can energize a market segment we look for unmet needs.   An example of this can be seen with Nintendo’s Wii and DS. Nintendo set out not to just to compete with Microsoft and Sony, but instead to focus on a market that wasn’t being met.  The Wii as an example made games not only physical, but intuitive.  The emotional friction of having to learn a game was eliminated.  We all know how to bowl, play tennis, etc… Without that friction a whole new demographic of gamers jumped in with both feet.

Internet gaming is growing by leaps and bounds, but is currently polarized around Casual and MMO.  This is our first clue that something is up.  Like most things in nature the Internet abhors a vacuum and the lack of a strong segment of advanced casual games sticks out.   Part of the reason for this vacuum is the lack of common platforms and delivery.  While casual is mainly Flash and AJAX, advanced casual is typically embodied in 3D.   Releasing a custom client only adds friction for the user, greatly reducing adoption.

Change is coming. Adobe is reported to be adding 3D to their Flash plugin and I would expect Microsoft to attempt to up the score with fearures in Silverlight.  Over the next couple years we will see a big swing in the general quality of casual games on the Internet and a much greater range of game intensity.  While true casual will remain king, the expectation of consumers will rise.  At the same time an advanced casual segment will emerge as well as new mid complexity virtual worlds and MMO’s.

It is always exciting to see a wave coming in and knowing that it’s time to hop on.  This one is on us and it’s time to start paddling.   We at Social Sage have seen this one coming and are busy putting together solutions to help the industry hang ten.  If online is your passion, wade on in and join the fun.  It’s going to be one hell of a ride!