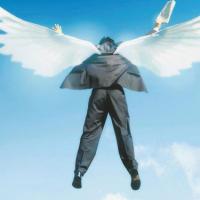 I have attended a few events for Angel Investors this week to get a feel for the community and how the system works here in LA. While I got a great perspective at the Tech Coast Angels Fast Pitch Competition, today’s time at the Pasadena Angels Screening Event cemented some of my perceptions.

The format of the screening event was geared for fast presentations (less than 20 minutes) rather than 1 minute elevator pitches. This allows the presenter to paint a much more elaborate picture of what they are doing and why you might be interested in investing. As it turns out it can help, but it also masks some basic communication problems.

By luck one of the presenters at the Screening event, HauteSpot Networks, was one of the winners at the Fast Pitch event. HauteSpot is a solution for streaming CCTV and HiDef video over wireless. At the fast pitch it was unclear what the target market was and how the product was used. The questions from the judges aimed at a consumer play and that didn’t seem to jell or make sense with what I knew of the competition in that space.

The presentation at the screening presented a much different picture of what the company was about and I had an opportunity to talk to HauteSpot’s CEO Bob Ehlers after the event. It turns out that the technology developed by HauteSpot is geared towards government, large public installations and the media. In those markets they had done a lot of work to get government approvals, partnering relationships and start the ball rolling on lucrative contracts.

The interesting thing here is that Bob was using the same type of language in both presentations. In the screening with his PowerPoint there was enough context to see exactly what the business was, but in the fast pitch there wasn’t. Instead the judges assumed that it was yet another consumer play based on their experience and context. If it looks like a hammer we know where to find a lot of nails.

As I talked with Bob afterwards we recounted some of this and that the miscommunication was simply the lack of understanding of the context of the investors. In Bob’s case he assumed that he used some of his terminology that everyone would instantly know his market. That in a way the market speaks for itself. His context was the presentations he had been so successful with in government meeting rooms.

In business as anywhere we need to start by understanding our audience, what they are looking for, what they need to understand. We assume that many things are obvious that just aren’t. Lessons learned, drop the domain specific thinking and adopt the language of the audience. Focus on what the audience understands and build a bridge to your vantage point.

HauteSpot is great technology put out by a company that knows its market and to my view is making the right moves to capture it. They have enough on the ball that most investors can see potential past the delivery, but Bob is also taking his experience to heart and will be tuning his presentations to address defining his market, its potential and their exit strategy in the language of the investor. I look forward to seeing his company grow and have no doubt they will be a great success.

3 thoughts on “Talking to Angels”